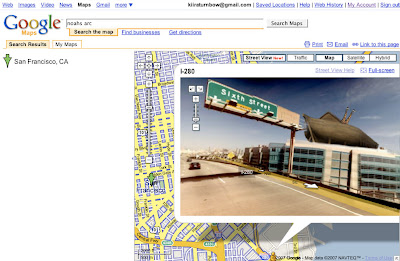 After years of speculation, arguments and theological searching, we can now confirm the long told ancient Biblical story of Noah's Arc and the Great Flood. Using the powers of the Internets, Google Street has captured a glimpse of the Arc's landing place atop a building right off Interstate 280 in the San Francisco Bay Area.


Google finds the cure for cancer... many prayers are answered: 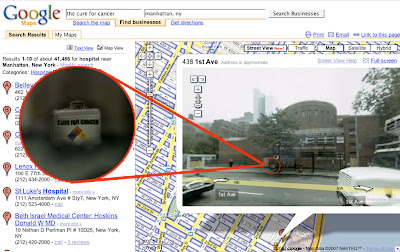 Scientists believe that the new Google street technology from Google maps has lead them to spot the cure for cancer. When asked about the possible cure for cancer, the President of Science replied, "We're hopeful that the cure will also help to lower carbon gas emissions and stop global warming." Representatives from Google have no comments at this time.

Email ThisBlogThis!Share to TwitterShare to FacebookShare to Pinterest
Labels: science and technology