Rumor Confirmed! Clooney is GAY...and Pitt and Damon too? 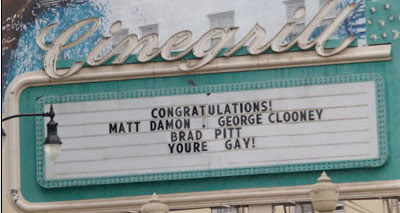 June 5, 2007
George Clooney has finally shown us the answer to that long time rumor that he does, indeed, prefer the fag end of a guy rather than this.

Clooney was joined by his fellow co-stars Pitt & Damon at the famous Hollywood Walk of Fame on Tuesday to be immortalized in cement in the trashiest area of Los Angeles. They waved at the cheering, photo-snapping crowd as they arrived. They then knelt down and proceeded to tag team each other in the ass, thus providing an answer to the ever pondering question: "is George Clooney gay?"

Clooney said "I must say if I had to be on my hands and knees with any other guys, I can't think of better guys to do it with." 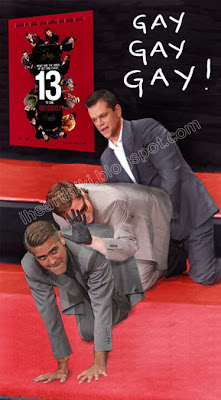 Looks like they were getting busy using their hands too! 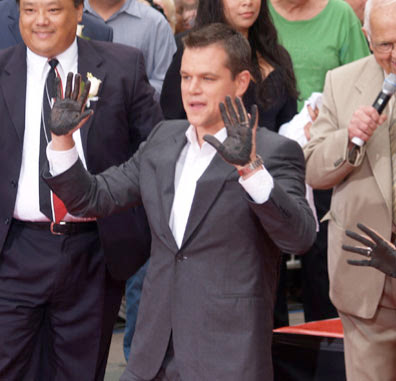